The Accra-born pianist and frontman only released a few albums in small quantities, yet two of them are among the most sought-after records from 70’s Africa.

This was the first. So what do we know? After learning his craft in Benin and playing with the likes of Orchestre Poly-Rythmo de Cotonou, ROB returned to Accra to write his own material and find a sound. Hooked on the driving funk and raw soul of stars such as James Brown and Otis Redding, he would often imitate his heroes on his father’s piano during school holidays. 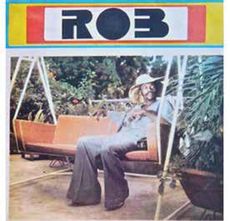