Building from a woozy, submerged opening, ‘Rocket Man’ is a stunning interpretation of Elton’s 1972 classic, one that starts in the despairing depths of a swimming pool before transporting to its triumphant climax at Dodgers Stadium. The soundtrack also contains a brand new Elton John and Bernie Taupin composition ‘(I’m Gonna) Love Me Again’ performed by Elton and Taron Egerton. The album is produced by Giles Martin (except (I’m Gonna) Love Me Again’ co-produced by Giles Martin and Greg Kurstin) and was recorded between 2017 and 2019 at London’s legendary Abbey Road Studios and AIR Studios. 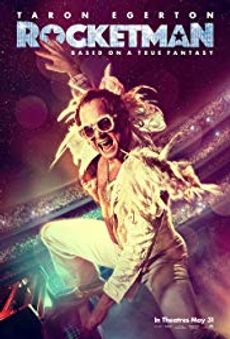