‘replicr, 2019’ is a stark, angular, stripped back slab of focussed noise – it is frayed-nerved, time-smudged, light-speed drifting through cities built upon cities, seen through rain-riddled windowpanes.

This immersive album highlights a continuation from previous releases and a constant evolution which has been evident since their formation. An album born from debris, but stripped down to its most focussed, intentional form. ‘replicr, 2019’ is an album carved from wreckage. Forty-two minutes of dread. A record that stares head on into the abyssal futures of late capitalism and refuses to blink. A melancholic, tireless soundtrack of acceleration. It wastes no time because there is no time left to waste. “Focussed rather than chaotic, carefully intentional and painfully urgent.” - Soundsphere 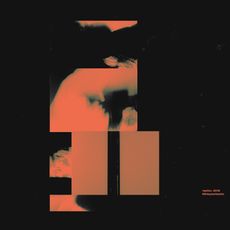