it’s hard to be sullen about this astonishing work of neoclassical ambience that paints irresistible strings & electronics hums upon an otherworldly canvas, inducing a twilight-tinged state of peace.

these Purveyors of contemporary ambient & electronic inspired music make a bold return with, surprisingly, only their second non-soundtrack album. creating an album that channels ritual, higher powers & unspoken creative energies, they’ve created a bold new work built on their foundations in ambient & neoclassical. Since their 2011 self-titled debut, the duo emerged as part of a much-lauded scene alongside peers like Max Richter, Hildur Guðnadóttir & Fennesz. This album sees them pay greater heed to the small details in their sound than previously, something they say has been encouraged by the move to ninjatune. “closer listens reveal small universes of movement, tension & suspense pulsing just beneath the surface” 4/5 – mojo. 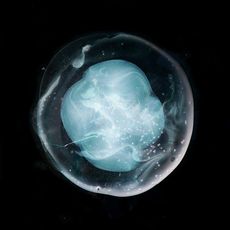