Now That I've Found You


Having made one of  the comebacks of the year with 2017’s ‘As You Were’, Liam vowed to get down to business and do it all over again – but better, as his press notes so succinctly put it.

It’s a mission statement that he’s achieved with  release of his second solo album ‘Why Me? Why Not’. It’s an album that finds Liam doing what he does best. That voice of a generation powers a collection of songs which are not only a level above his debut, but also that possess a rich emotional resonance. There are times when his vocal fires on all cylinders with a visceral, attitude-rich intensity. But at the other extreme, ‘Why Me? Why Not.’ also captures a new-found sense of poignancy and reflection. “I can’t rest on my laurels,” says Liam of his approach to the album. “I need to be smashing it. I want to get bigger. I want even more people to be getting into it. I want to sell out huge fields. I always want to look forward. That’s my whole thing.” 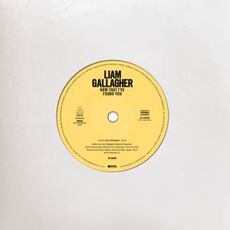