THE CHRONICLES OF WODE*


Chronicles of Wode is a 3CD box set from Burning World Records that brings together the bulk of the discography of Welsh heavy rockers Acrimony.

It includes their two full-lengths, 1994’s Hymns to the Stone and 1997’s Tumuli Shroomaroom, both with new artwork by Jimbob Isaac (also of Taint and Hark)”, as well as a third disc of off-album tracks, some of which were previously collected on 2007’s Bong On – Live Long! compilation and some which were not, including a yet-unheard Doom cover, and so on. Bringing these offerings together is something noteworthy in itself — the band’s influence over UK heavy rock was and is formidable, and they were genuinely ahead of their time when it came to using repetition and jammy vibes as a means to hone a heavy psychedelic feel while retaining a metallic energy beneath — but crucially, Chronicles of Wode gives all of these Acrimony tracks a muchneeded remastering, and they’ve never sounded so vibrant. That’s particularly true of Tumuli Shroomaroom, but while Hymns to the Stone is more dated in terms of its basic production, that’s more of a fact of how the record was originally made, and it seems no less integral to preserve that than it does to give Acrimony‘s catalog the detailing it has long since earned. 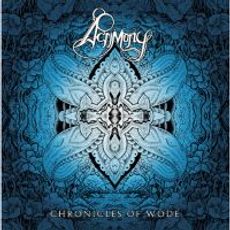