Slow and steady certainly wins the race with KK’s latest – it lumbers along with a sneer and a shuffle, rewarding repeated listens with a wry wit and bottomless emotional depth.

After two feverishly received albums as King Krule, plus another low-key outing under his own name, this extraordinarily gifted 25-year-old from Peckham in South London adds further depth and substance to his oeuvre with another wondrous long-player called 'Man Alive!'. It arrives packed full of his trademark sonic ambition and compositional skill, as well as the now-familiar corrosive lyricism and lurid social observation. FFO: Sun Kil Moon, Arab Strap, Mount Eerie. "his most anguished album yet, in which impending fatherhood collides with his habitual torments." - pitchfork

Buddy says: This is good. Open your ears mate! His most concise work to date. Having been a fan for years it's been a real treat to beat the winter blues with this one. 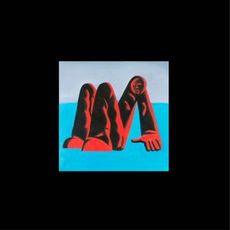