I Love The New Sky


burgess' fifth solo album is enthusiasm itself; an uncompromisingly positive album that revels in delivering a mutant, yet timeless, pop that never fails to raise a smile.

it features wonderfully connective songs of everyday minutiae and universal experience, all united by elaborate yet natural arrangements and an effortless but deceptively expert way with melody. “I’d been listening to a lot of Isaac Hayes, Olivia Tremor Control, Carole King, Todd Rundgren, John Maus, Weyes Blood and Kevin Ayres - I’m not sure how much they have influenced the album but they were the impetus and inspiration.” grumbling fur's daniel O’Sullivan plays piano on much of the album, from the bouncing chamber-pop chords of ‘Sweetheart Mercury’ and the punchy chorus of ‘Empathy For The Devil’, through to ‘Comme D’Habitude’’s juxtaposition of blissfully rolling West Coast singer-songwriting and a complex Sparks-y Broadway-esque bridge.

"Compared to earlier collaborative projects, this new record was composed solo in the Norfolk countryside, perhaps explaining why it has such a wonderfully expansive feel. It’s big and brash, from the freewheeling strumming and plonks of piano on “Empathy for the Devil” to the whirling, psychedelic synths of “The Warhol Me”. For a time of such profound melancholy, it’s comforting to hear Burgess with such a sunny outlook" - The Independent 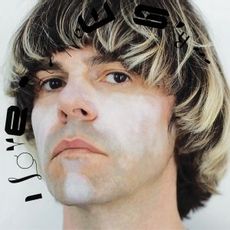