Coming from the peak Roy Budd period – by this I mean post Get Carter and pre Diamonds - this score neatly bridges the two with Carter-style hypnotic jazz driven cues and superb Diamonds-style drama.

The film itself was a slick British thriller directed by Ken Hughes, set in a greay, gloomy London and based around espionage and murder. The plot is simple; former spy Robert Elliot (the ice cool James Coburn – with interesting facial hair and equally as interesting wardrobe) is given a big government job. In order to cut all questionable ties and clean up his rather grubby past he devises a plan in which all of his dodgy associates unwittingly kill each other on the same night – and in alphabetical order. The film’s unusual and often misspelt name comes from the word internecine – the definition of which is conflict within a group. 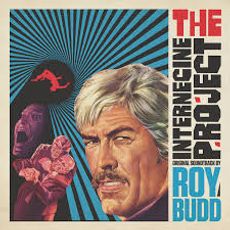