Set My Heart On Fire Immediately

The album explores and subverts concepts of masculinity and traditional roles, and introduces decidedly American musical influences. Throughout, Hadreas plays with themes of love, sex, memory and the body, channeling popular music mythologies while irreverently authoring its own – from the delirious, Cyndi Lauper-nodding celebratory pop of ‘On The Floor’, specters of Elvis on haunted tremolo waltz ‘One More Try’, to the harpsichord- punctuated baroque pop of ‘Jason’, and gliding steel guitar and Balearic rhythm of ‘Without You’. Ffo christine & the queens, angel olsen, mitski and sharon van etten.

James Canham says: "Every new Perfume Genius becomes my second favourite after his debut. ‘Set My Heart On Fire Immediately’ may break that pattern and be my favourite outright - somehow otherworldly yet completely visceral."

Seb says: “With the first listen I was absolutely hooked, but after each listen I find more & more to fall in love with.”

Juliet says: “It's time for a good healthy cry! Sit down & get them eyes wet!!” 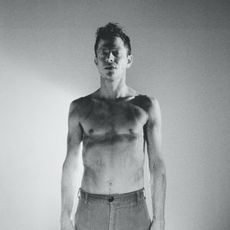