Grey Daze – Chester Bennington’s pre-Linkin Park band – have announced details of their upcoming album 'Amends.' The full-length features newly-recorded music as well as re-mastered vocals from the band’s discography. “We started Grey Daze in 1993, the band ended up breaking up in 1998,” remembers founder and drummer Sean Dowdell. “Fast forward to 2016, Chester’s on the road and says, ‘I think we should put Grey Daze back together.’ Obviously, what happened, happened and Chester was tragically taken from us. Of course, as soon as he passed, it was like, ‘Oh my God, I lost my friend, my friend’s wife is now a widow and my friend’s kids are now fatherless.’ There were all of these emotions. About six or seven months later, I started some conversations and said, ‘I really want to finish this album.’ We’re not going to accept mediocrity, we’re going to do our friend proud, we’re going to make Chester proud and we’re going to make sure this is something he would have been elated to put out.”

*head to our socials to like, comment, buy the record, support the band and all that good stuff 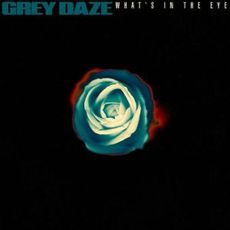