healey's modern twist on classic british 70s rock sees intelligent musicianship snuggle up to sharp lyricism, lustrous production and more earworms than you could shake a sack of sticks at.

'Twin Heavy' was recorded in a couple of wildly productive weeks with producer Loren Humphries (Florence And The Machine, Last Shadow Puppets, Arctic Monkeys, Tame Impala). It was a hard collection to land on because Willie has a habit of writing a new song every week, almost always an evolution and improvement on the last. Founded by the maccabees' feliz white, felix and co. were tremendously excited to see willie grow into an artist really capable of voicing his leftfield eccentricities alongside his very natural classic song writing. Fans of t. rex, buzzard buzzard buzzard and ezra furman will adore this! 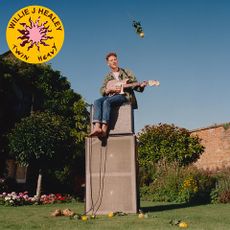