like a jet pilot breaking through to clear skies, the turbulent beats of bjp's previous lps have (mostly) melted away to reveal a lustrous swirl of epic synth arrangements.

Blanck Mass’ first feature length, synth-heavy score. Blanck Mass is the solo project of Benjamin John Power. The musician, also one half of Fuck Buttons, has been making music under the moniker since 2010 and has released three albums on Sacred Bones, 2015's 'Dumb Flesh', 2017's 'World Eater' and 2019’s 'Animated Violence Mild'. 'Calm With Horses', Nick Rowland’s feature film debut, is a raw and beautiful tale of one man’s struggle to navigate both crime and family life in rural Ireland. Fans of caterina barbieri, tim hecker, windy and carl and loscil should pay attention. 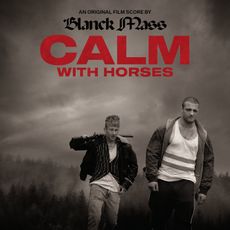