Ltd edition BOOKBACK CD companion to the Deluxe vinyl reissue of The Lemonheads ‘Lovey’ for Record Store Day 2020, housed in a bookback sleeve with expanded liner notes and unseen photos – this is the definitive document of Dando’s first steps towards the mainstream.

The lovingly repackaged CD is accompanied by a second disc, ‘Triple J Live at the Wireless’, an unearthed radio session taken from their 1991 trip to Australia. The major label debut for Evan Dando’s Lemonheads from 1990, following three “ramshackle punk” (©Select magazine) albums for Taang! Pivoted on a more approachable set of sweet melodies still rife with punky spirit. A light and dark album, polished in the arrangements, nodding to the excess of American culture (Manson and Gummi Bears), hectoring Reagan’s drug laws (‘Lil’ Seed’), riffing on everyday life. Remastered with a freshly-dusted off second album featuring a full radio session recorded during their trip to Australia to promote the album and their gorgeous cover of Gram Parsons’ ‘Brass Buttons’. “Like Hüsker Dü when they were at their most ferocious or REM when they were at their most Byrdsian hypnotic.” NME 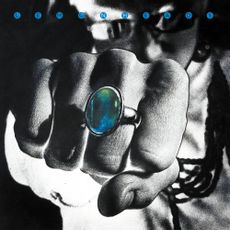