as fresh, cathartic and vital as anything they’ve ever put out, that unique blend of bittersweet melody, brutal lyrical honesty and riffs for days has returned in full force.

The Cribs are back and on blistering form, brandishing their brand new eighth album, 'Night Network'. the self-produced 12-track album was recorded at the Foo Fighters Studio 606 in Los Angeles in the spring/summer of 2019. In a typically downplayed way, the band have honed in on what’s so special about The Cribs: really bloody good songs. Fans might well think this is their best album in a decade. they return empowered, beholden to no one, on the greatest form and still screaming in suburbia. “While the album’s indie and punkier moments do revitalise the record’s energy, there isn’t a sense of pining for that “classic Cribs sound” whenever the band do decide to explore other songwriting avenues” 5/5 – nme. 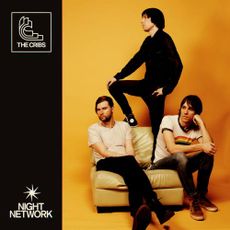