The Americana maverick has let his sonic demons fly herein, setting the skies fully ablaze with an enraged and twisted take on southern folk rock.

Known for his catalogue of dark ruminations on all things Southern, White’s latest outing features a non-stop parade of manic, blue-collar conflagrations exploring realms dark and light, mystic and mundane, cynical and heartfelt; all presented within a buoyant, hook-laden sonic framework. plunging headlong into ‘Misfit’s Jubilee’, one central truth emerges—the further White dives into the material, the deeper said material gets, culminating with a closing couplet of epic show stoppers. “white’s rage and fear drives the album’s songs across any number of stylistic lanes, from rock to indie folk to recordings of police arrests” 4/5 – mojo. 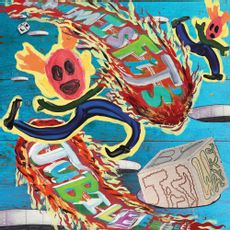