For Rowley, Adulkt Life “felt like it could carry the weight of all the things I would want to culturally load into a band without having to compromise any of it.” That meant these songs—ecstatic buzzsaw guitars, blown-out poetry, the improvisatory energy of torrential art-punk drumming that reveals Sonny’s free-jazz interest—should reflect the conditions of his life as an older person. In 2020, Rowley is a 55-year-old father and longtime employee of a children’s charity. “You have to create a question and interrogate yourself,” he says, and so he poses inexhaustible ones: What is it to parent in a crumbling world? What does it mean to stay political as Earth burns, to keep loving music? How best to communicate the excitement and charge of possibility from “a whole different set of paradigms?” Adulkt Life inquires but offers no easy answers, instead instigating punk’s eternal invitation to see: “Wow, I should do something—make something, start a political party, just do something rather than not do something.” The cut-and-paste word collages Rowley once shouted in Huggy Bear are as cool and thrilling as ever on ‘Book Of Curses’ —with chiseled noise hooks expertly mixed by Webb and mastered by Total Control’s Mikey Young, fitting the “cold war bubblegum” aesthetic called out in the lyrics—but charged by the high-stakes of adulthood. “Taking Hits” is a rallying cry for those unable to cry. The explosive “Stevie K” is a “mythic hero/ine song” inspired by Nation of Ulysses guitarist Steve Kroner. In the 1990s, after Rowley and the other members of Huggy Bear saw Nation of Ulysses, “You couldn’t be a band and want to be anything less than the impact that had on us [...] We wanted to shake everybody up.” Adulkt Life honors these impulses. Rowley expands on “Taking Hits” and “Stevie K”: “‘Taking Hits’...I wanted to forge a battle hymn that would corral our beat down and punch drunk living situations into something transcendent ,stronger of knees and able to stare out the haters. It’s a synaesthesia yarn synthesising smelling salts, rubbing oils, cheerleading disgust, sugar and vitriol, like if the grifters got up early and went track training in the rain/confused east coast hard-core with all the floodlights on/jaws clamped like Dan Fante. ‘Stevie K’ was recorded in starvation conditions/prison yard style under the working title ‘Nation of Ulysses ruined my life’ as in ‘where do you take that logic to a limit?’ It’s a mod/art ballad for a catcher in the rye/no friends shake up steve k mythically emerging from field recordings ,in love with the ruts staring at the rude boys a scream for hope/deliverance.” 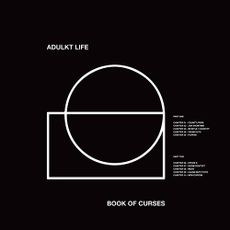 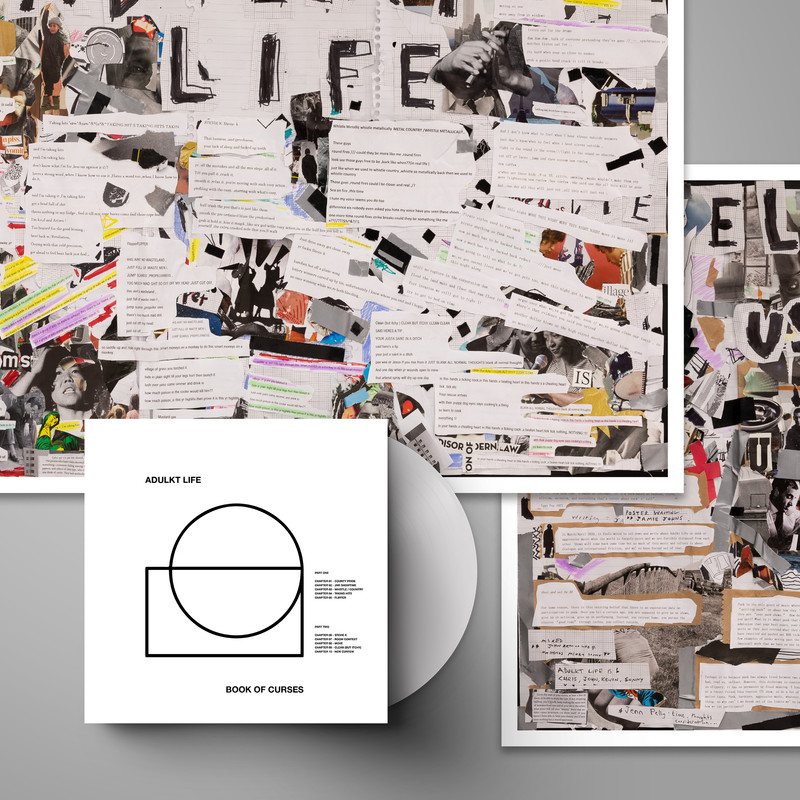 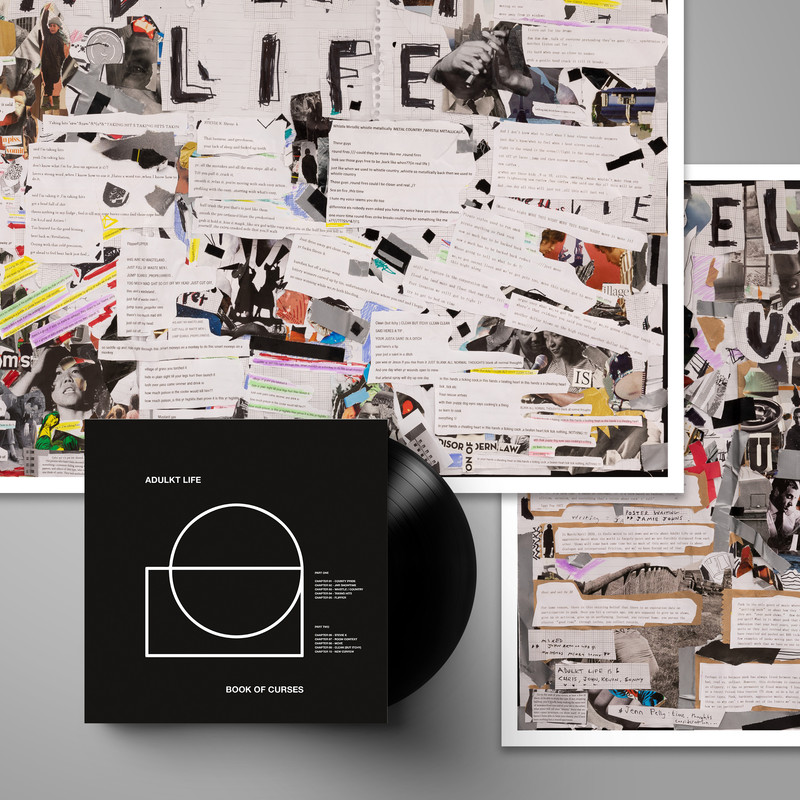