Using isolation as a period to tinker with old, unused recordings and sculpt them into something new, the montreal experimental sonic surfers have crafted a fizzing ep comprising 6 dynamic and unique tracks.

SUUNS are future-oriented. New sounds, new techniques, new ways of thinking; above all, new environments are the lifeblood of the band. On ‘FICTION’, new sounds and sonic directions are fashioned out of old. A year-long period of limited resources and contact inspired the band to reflect on the various environments in which they've created music over the years: to comb through their previous sounds and creative approaches, and fuse them together with new ideas, ultimately producing a sort of future/past alchemy. Each song is a live-off-the-floor recording that was then taken into isolation and re-worked. Produced from old remnants, it is entirely new; done in relative isolation, and is also something of a live album. The songs have been meticulously reworked, and yet the entire collection feels deployed with hardly any reflection, done in one breath. Featuring performances by Jerusalem In My Heart, Amber Webber (Lightning Dust, Black Mountain). For fans of beak>, holy fuck and exploded view. 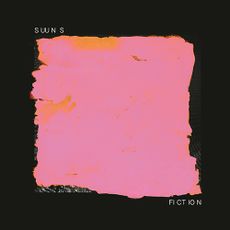