Drenched in lush strings, bright horns, wah wah guitar and an irresistibly solid rhythm section; ‘Theme From Selva’ is a show-stopping entrance worthy of any Soul Train line. Called a "one man music factory" by Billboard, Will has released over 20 albums under various pseudonyms since 2001; bringing together a deep knowledge and heavy passion for soul, disco, Latin, African, dub, electronic and club based music. Working from Brooklyn for the past six years, and Colombia prior, his sound combines solid musicianship and a progressive attitude with a genuine excitement and sincere respect for sharing influences from around the world. Selva was built and conceived by Will and his partner Aziza Ali. They conceptualized a recording space and studio with ample natural light, the wooden-furnished grandeur of yesteryear studios, and spacious enough to house Will’s vast collections of vintage recording equipment, instruments and records. Selva also operates as a production facility, where writing, recording, mixing and vinyl mastering takes place daily. Releasing records on Selva, all made in this unique analogue recording environment, was a natural evolution. 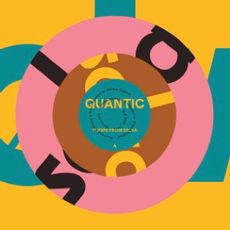