 Produced by Steve James and Keith Hale, the album reached number 1 on the UK Independent Albums Chart in February 1980 and celebrates its fortieth anniversary in 2020.  The 7” single Victims Of The Riddle (1979) was Toyah’s very first release and is included here. This was followed up by 6-track mini-album “Sheep Farming In Barnet” that contained three tracks per-side on a 33 1/3 playing 7” vinyl. This mini-album was then expanded to a full length 11-track album (originally for the German market) in early 1980 by adding the ‘Victims’ 7” A-Side/B-Sides and some further tracks also recorded at Chappell Studios, London.  This album contains the fan favourites ‘Race Through Space’, ‘Neon Womb’ and ‘Danced’, all of which went on to become signature songs for the band. 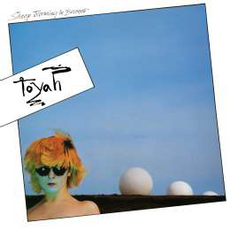