This 10-song set spanning their entire recording career is simply electrifying – an exhilarating compilation of performances through the years depicting a band who have consistently written phenomenal americana anthems.

Culled from over 40 hard drives of recorded live shows spread out across years of touring behind multiple critically acclaimed records, ‘LIVE DRUGS’ is unlike anything previously available in The War on Drugs’ catalogue. The first volume to capture the band’s live interpretations, ‘LIVE DRUGS’ is a document showcasing the evolution of the band’s live show over the years. Sequenced to reflect how a typical 70-minute set would flow, ‘LIVE DRUGS’ thrives on live set staples immortalised on record for the first time. There’s also the band’s essential cover of Warren Zevon’s “Accidentally like a Martyr” – a song “so true, you should ever be lucky to write a song that simple,” Granduciel says. 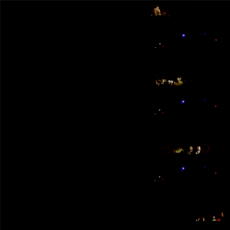