With 'III', guitarist and bandleader Godriquez signs off the final LP in this GODTET trilogy, marking his 2nd LP release in 6 months.

Praise for GODTET's LPs 'I' and 'II' spanned all across BBC Radio, his music has been included in a BBC Radio 1 Guest Mix from Ross From Friends, supported by Jamz Supernova on BBC Radio 1XTRA, Radio 3's Late Junction, plus Gilles Person, Huey Morgan, Tom Ravenscroft all are enthousiastes over at BBC Radio 6 Music. Here on GODTET 'III', producer of Sampa the Great's 'The Great Mixtape', Godriquez has marshalled together some of the best musicians of Sydney's new generation: A head priest of the Cuban Ifa religion, the step-son of Australia's greatest ever funk and soul musician, Australia's leading drummer in this new era plus a highly gifted pianist from New Zealand. These disparate backgrounds culminate with incredibly sensitive musical and emotional connections to form this final chapter of the GODTET trilogy. 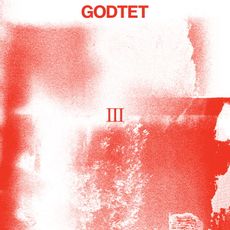