Modern Classics Recordings/Light In The Attic


Unquestionably one of the best and most cutting-edge rock releases of the ’90s.

”_ – Allmusic “Low-rock” and “Fuck-rock” are two descriptors enigmatic Morphine front man Mark Sandman used to describe his band’s beat-inspired blues-jazz-rock holy racket. Along with Sandman’s baritone vocal delivery and laconic two-string bass styling, co-founder Dana Colley played a saxophone as his lead instrument of choice instead of the expected guitar, creating a quirky and burning sensibility. Original drummer Jerome Deupree, who was replaced by percussionist Billy Conway during the recording of 1993’sCure For Pain, flushed out the unorthodox trio. Modern Classics’Cure For Painfeatures lovingly re-mastered audio, 180-gram wax, deluxe “tip-on” gatefold jacket with original album art. Tragically, Morphine’s Sandman passed away on-stage at an Italian gig with the group in 1999, leaving behind five engaging albums. Today, the group is hailed as one of the great band’s of the last 25 years and was recently profiled in the feature-length documentary Cure For Pain: The Mark Sandman Story (2011). We’re extremely proud to help spread the gospel of Morphine’sCure For Pain, a longtime personal favorite of ours. We hope you enjoy the album’s dream-like state on black virgin vinyl as much as we do. 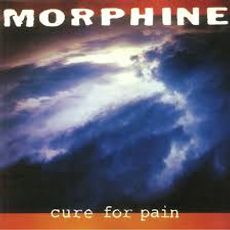