The Genius of Aretha Franklin


To say that Aretha Franklin was one of the greatest American artists of all time is an understatement.

Her multi-octave voice moved millions around the world during an unrivalled career that spanned six decades and garnered the singer-songwriter every achievement and honour imaginable. The Queen of Soul received 18 Grammy Awards as well as multiple honours including the Presidential Medal of Freedom and the National Medal of Arts. Franklin was also awarded a posthumous special citation "for her indelible contribution to American music and culture for more than five decades" by The Pulitzer Prize jury. Franklin has sold more than 75 million records worldwide making her one of the biggest selling music artists of all time. This 1CD comes ahead of the highly anticipated National Geographic anthology series starring Cynthia Erivo “Genius: Aretha” and celebrates Franklin’s multi-award winning career with a selection of her biggest hits including “I Never Loved A Man (The Way I Love You),” “A Natural Woman (You Make Me Feel Like),” “I Say A Little Prayer,” “(Sweet Sweet Baby) Since You’ve Been Gone” as well as her signature smash “Respect.” 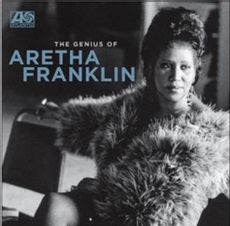