This release represents a culmination of almost two years collaborative work between a small group of musicians based between North London and the south coast, with roots deep in DIY punk going back more than fifteen years.

For ten years, Pariah, now Sans Pareil, has been Thomas Dowse and John Casey. Backed by a new, larger ensemble in 2016, Dowse’s downbeat narrative and feral croons weave in and out of Casey’s maniacal guitar lines, like a tweaked-out Withnail and I fronting Swans. Tales of small town desperation, crime, sleeze and poverty beat down hard; there’s no sleek metropolitan romanticism of London or Manchester, this is JG Ballad, this is David Cronenberg shooting a Ken Loach script… It is Chatham at 3am, a Grimsby pub-fight on a Friday night… it is bleak, grim and writhing with the parts of life you don’t want to see. The pair have spent the better part of a decade creating this 'scumbag panorama’ with their own illustrations and art works (they both met at art university), designs and animations to enhance your experience. "Dowse’s charismatic performances are packed with hatred for the increasing authoritarian state that is pressing ever heavier on those of us not fortunate enough to buy-to-let, or holiday in the sun." - Louder Than War "‘The Future Ooze’ blends the swagger of garage rock, with post-punk fury and disjointed noise, providing the perfect soundtrack to the dystopian narrative of Dowse." - Punktastic " Mining the history of punk and sleazy rock ‘n’ roll, it’s possible to hear the influence of The Stooges, The Ramones and The Clash all within the first few bars. The drum pattern echoes Motown, the stabbing guitars hint at punk and post-punk, whilst Dowse’s drawled vocals could have been delivered by Joe Strummer himself......a rather sedate, slanted crawl that examines the relationship between technology, sex, and surveillance. Pitched somewhere between Elvis Costello and Sonic Youth"- Music OMH Review 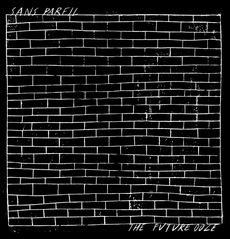