From the tumultuous melting pot of the London musical circuit, Folly Group were cast.

The first signing to So Young Records, the new label set up by the tastemaker magazine. With three of the quartet moving in together to a house in Leyton (which would eventually become their studio too), Sean Harper, Louis Milburn and Tom Doherty inevitably found themselves experimenting. The addition of close friend Kai Akinde-Hummel, playing percussion and sampler, proved to be the missing piece of the puzzle, and soon Folly Group’s unique positioning of tone and atmosphere had morphed not just into a coherent project, but a furiously brilliant live prospect also. Folly Group have cultivated a loyal underground following since surfacing in January last year, live streaming from lockdown for the likes of Quarantunes, featuring on the Live at The Windmill (alongside Kate Tempest, black midi, Shame, PVA & more) and Slow Dance ‘20 compilations, landing a spot on NME’s annual list of 100 artists on the rise, being made a Next Wave tip on Jack Saunders’ influential BBC Radio 1 show - and all the while relentlessly writing and recording further new material for release later this year via So Young Records. Tired of the boundaries being a ‘band’ can sometimes self-impose, whether it’s a particular image or creative method to maintain, the group steer closer to the looseness of a ‘collective’, always keen to combat the feeling of stasis with an open door policy to any sound, visual or collaboration. Whether a listener comes away with their life changed - or merely having enjoyed a spot of light entertainment - is not the group’s focus. Rather, they as artists aim to provide a reflection of the base rhythms and sounds of shared lived experience, evoking endless, often subconscious enjoyment as you find yourself falling into step with the project. 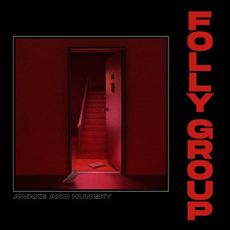