Bespoke gatefold sleeve with enhanced artwork.Remastered at Abbey Road, released on heavyweight YELLOW coloured vinyl. Produced by Linton Kwesi Johnson and the legendary Dennis Bovell (‘Blackbeard’), the album continues LKJ’s fierce, politically-charged view of Britain at the time. His outspoken comments on the 1981 Brixton riots, the New Cross fire that killed 13 black teenagers and confronting the National Front are all tackled but with an accessible and strident dub-reggae beat.Extensive liner notes from the original LP, by the late political activist and journalist Darcus Howe, are included in the package. Darcus was depicted in the recent Steve McQueen film, ‘Small Axe: Mangrove’ on BBC TV. Out of print on vinyl for many years. 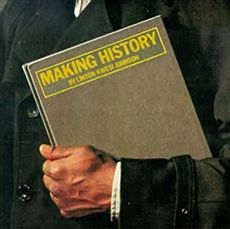