The first ever commercial release of a promotional LP sent out to media ahead of the release of The Clash’s 4th album in 1980, Sandinista ! If Music Could Talk is an interview album, featuring all four members being interviewed by Kosmo Vinyl, to promote the release of their album.

This limited edition release contains 10 remastered tracks from the Sandinista album (2012 remasters) as well as the interview audio remastered from the original tapes. The LP features brand new artwork, and liner notes by Kosmo Vinyl. £1 from every sale will be donated to War Child. 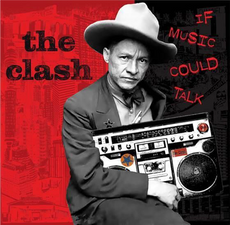