Entering the UK charts at #1, it’s regarded as one of Tori’s most acclaimed albums, featuring in a number of ‘best albums of the 90s’ lists.

Charting at UK #4 in the singles chart, the lead single Cornflake Girl is one of several unforgettable singles featuring in the album, which also include God, Past the Mission, and Pretty Good Year. The album was BPI certified platinum in 2007, and continues to be an album which draws interest to new and old fans alike. 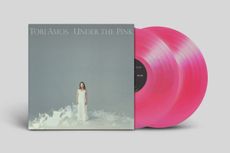