Josienne Clarke is set to release her new album A Small Unknowable Thing on August 13th.

For the first time since her early beginnings, Clarke is flying solo. No label, no musical partner, no producer. Clarke is in complete control of her songwriting, arranging, producing, release schedule and musical direction. While the themes might feel familiar to her fans, the musical journey will not, with Clarke taking in a wide range of new and diverse influences across the album – from Adrianne Lenker’s ‘Hours Were The Birds’, IDLES’ ‘Colossus’, Radiohead’s ‘Airbag’ to Phoebe Bridgers ‘Garden Song’ and more, the album’s touchstones span a vast musical collage of anger and hope. Lead single, ‘Sit Out’ is frustration and defiance in sonic form. “All you stand for / Makes me want to sit out” she sings over thick, driving guitars and an almost Beastie Boys-esque drum beat. 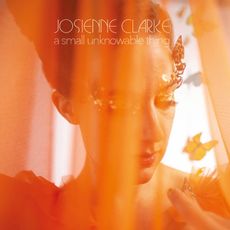