Named BBC Radio 1’s “Future Artist” for January 2021, “Star of 2020” by BBC Introducing and tipped as “one to watch” by NME, Mixmag and DJ Mag, TSHA is a London based artist who is rapidly emerging as one of the most exciting young talents coming out of the capital.

Forthcoming EP “Only L'', produced entirely by TSHA and due for release in August, showcases a confident creative who is constantly developing and refining her own distinct feel and sound. Entirely self-taught, TSHA released her debut EP “Dawn” in 2018, setting out her stall as an artist with an ear for warm, groove-laden basslines and bright, melodic hooks. Her follow- up single ‘Sacred’, released in 2019, immediately caught the ear of Bonobo, who included it on his “fabric presents” compilation album. TSHA’s debut on Ninja Tune’s Counter Records imprint—‘Moon’—was immediately hailed as one of Billboard's 'Best New Dance Tracks’, while in the UK, Pete Tong named ‘Moon’ as his ‘Essential New Tune’ on BBC Radio 1. Most recent EP “Flowers”, her first on Ninja Tune, was without doubt her most ambitious and accomplished body of work so far, the EP featured collaborations with Gabrielle Aplin and Malian griot music group Trio Da Kali. 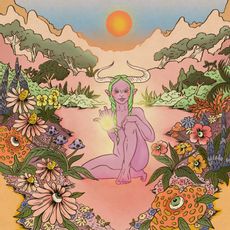