A special bonus track edition of much loved soul and blues singer-songwriter Alice Russell’s album ‘To Dust’ will be released with exclusive bonus tracks - including reworkings from Anushka and Sefi Zisling for the first time.

Featuring previous singles “Twin Peaks”, “Hard and Strong” and “Heartbreaker” (the video for which stars Harry Shearer (The Simpsons/Spinal Tap/SNL), the LP has received previous support from BBC 6Music, BBC Radio 2, Rolling Stone, The Fader, NTS, KCRW, NPR, The New York Times, Clash Magazine and more. ‘To Dust’ marks an important step in the remarkable career of this down-toearth, diminutive Brit universally acknowledged as one of the best soul voices of our time. Whether performing on a huge stage with a 16 piece band, charming 4000 revelers into staying out dancing in the rain (as at Montreal Jazz Festival) or rocking an intimate club, Alice’s raw talent and charisma command attention and affection. Unfazed by taking the spotlight after Amy Winehouse, singing with The Roots in Philly, or joining Roy Ayers for “Everybody Loves The Sunshine”, it is no wonder she has attracted worldwide media support, and fans as diverse as Gilles Peterson, Jamie Cullum, Dennis Coffey, Massive Attack’s Daddy G and Groove Armada. 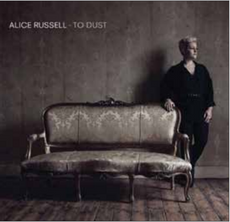