loaded with hits, including the massive #1 single 'Get Lucky' featuring Pharell Williams & Nile Rogers, you need to listen to this one properly cranked up to get the full effect. "as long as you’re prepared to accept that it’s a Hollywood production inspired more by Steely Dan & California highways than Cajmere & French basements, then 'Random Access Memories' is a treat" - fact, "some next level musical mind control" - James Ferraro. 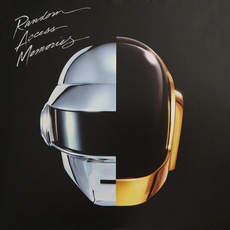