*** we have a test press to give away to one lucky winner so simply preorder the new album on any format for a chance to win & never fear, all existing preorders are already in the hat* ***.
*no purchase necessary, email [email protected]resident-music.com for entry
‘Geist’ finds Lay in beguiling form – from the gently struck strings of ‘Rare to Wake’ to the fragile isolated vocals of ‘Awaken and Allow’, we’re invited on an intimate journey which reveals as much about ourselves as it does of Sharon Lay. 'Geist' feels like a window - or a mirror - into possibilities of the self and beyond. Shannon Lay’s new album is tender intensity, placeless and ethereal. It exists in the chasms of the present -- a world populated by shadow selves, spiritual awakenings, déjà vu, and past lives. “Something sleeps inside us,” Lay insists on the opening track, and that’s the guiding philosophy throughout. A winding, golden, delicate thread of intuition that explores the unknown, the possibility. Its title, Geist, the German word for spirit, is rife with an otherworldly presence, the suggestion of another. The promise that you are never alone. Lay tracked vocals and guitar at Jarvis Tavinere of Woods’s studio, then sent the songs out to multi-instrumentalists Ben Boye (Bonnie Prince Billy, Ty Segall) in Los Angeles and Devin Hoff (Sharon Van Etten, Cibo Matto) in New York; trusting their musical instincts and intuition. She then sent those recordings to Sofia Arreguin (Wand) and Aaron Otheim (Heatwarmer, Mega Bog) for additional keys, while Ty Segall contributed a guitar solo on “Shores.” As a whole, Geist is both esoteric and accessible. Songs range from a concise, pared-back cover of Syd Barrett’s tilt-a-whirl-esque “Late Night,” to the meditative Dune-inspired "Rare to Wake,” to the mostly a-cappella “Awaken and Allow,” which channels Lay’s deep Irish roots, a moment of reflection, before a drop happens -- its intensity mirroring the anticipation and anxiety that come with taking the first step to accepting change for yourself. And the title track “Geist,” a song about the power living in all of us, is a love song to the possibility of healing, an ode to falling into the arms of what you’re becoming. It’s a glimpse into the parts of yourself you have yet to meet. But you can, if you want to. Features an impressive list of collaborators, including Ty Segall and members of Woods, Cibo Matto, Sharon Van Etten’s band, Wand, Heatwarmer, Mega Bog and Bonny Prince Billy. 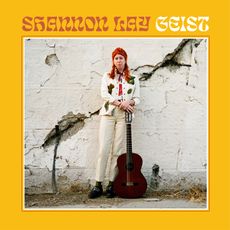