Since its release in 1995, the second album by Whipping Boy has, slowly but undeniably, come to be regarded as one of the most extraordinary rock albums of its age.

Heartworm heralded a dramatic transformation for the Dublin quartet, who jettisoned the diaphanous dreampop of their 1992 debut Submarine; choosing instead to honour Fearghal McKee’s wounded confessionals with unprecedented pugnacity and a new emphasis on melody. In the year that Britpop became a rolling news story, Heartworm slipped out under the radar – although similarly against-the-grain contemporaneous releases include Manic Street Preachers’ The Holy Bible and Radiohead’s The Bends. This reissue on Needle Mythology Records has been remastered by Sean Magee at Abbey Road and features an extra album of previously rare and unreleased music and comprehensive liner notes by esteemed Irish music journalist Colm O’ Callaghan. 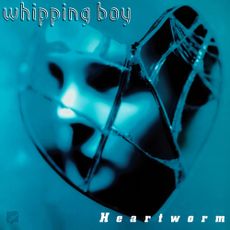