With the dream team of producer John Hughes and director Chris Columbus behind them, and boosted by Macaulay Culkin’s star-making turns, the first two Home Alone films rank among the most beloved Christmas movies of the last 30 years if not of all time.

And their soundtracks, featuring a pair of scores by the great John Williams and a host of Christmas songs and artists both classic and contemporary, occupy an equally lofty position among holiday-themed movie music collections. But what if you took the best songs from both soundtracks and put them together into one killer Christmas album…and then put it out on festively colored vinyl? Well, that’s what exactly what we have done here with our release of Home Alone Christmas, a 12-track collection that provides the perfect blend of new and “auld” along with no shortage of burglar repellent! On the contemporary side you get Steve Van Zandt’s tune “All Alone on Christmas” sung by the legendary Darlene Love, the late, great Tom Petty performing his own “Christmas All Over Again” with the Heartbreakers, and such artists as Alan Jackson, Southside Johnny and 20 Feet from Stardom standout Lisa Fischer interpreting various Christmas favorites. On the classic side, there’s the Velvet Fog, Mel Torme, doing his great take on “Have Yourself a Merry Little Christmas.” And overseeing it all is the magisterial John Williams, with three selections highlighted by “Somewhere in My Memory,” the song he wrote with Leslie Bricusse that has become a Christmas standard. This essential holiday release comes to you in a clear with red and green “Christmas Party” swirl vinyl edition… Merry Christmas, ya filthy animals 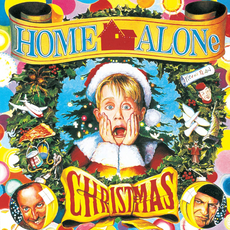