changing few of their methods but more of their sounds - the key difference between this 2005 record & its predecessors is the advent of unprocessed, recognisable guitars.

still in effect - & still never equalled anywhere else - is the pair's ability to make electronic music that not only evokes a much earlier period in music, but sounds as though it was last issued decades in the past as well. intentionally aged & mistreated, the productions evoke the image of a reel-to-reel machine's 1/4" magnetic tape steadily disintegrating as it plays for the last time. the long gestation period of this material is also a hallmark of boards of canada, & it shows in the attention to detail. no production escapes their hexagon sun studio without being slaved over, & consequently ‘the campfire headphase’ still sounds immaculately produced. 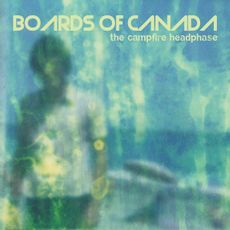