For Emma, Forever Ago

our bestselling album & unlikely to ever be topped in either sales or sonic impact - it still brings tears to our eyes & creates lumps in our throats every time we hear it.

Retreating to a woodland cabin in Northwest Wisconsin at the beginning of Winter to hibernate and escape from the break up of his previous band, Justin Vernon ended up writing and recording what would become his debut album under the name Bon Iver. A mix of lo-fi acoustic folk and reflective lyrics, the album was picked up by 4AD and Jagjaguwar for a full release worldwide after an initial self-released run. it has since become a word of mouth sensation & a stone-cold-classic. untouchable! "reaches out and demands attention. It is a powerful act of transformation. …Isolation doesn't get more splendid than this" - Mojo. 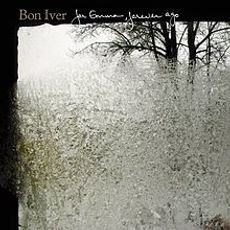