A Night At The Little Los Angeles


a chance to fully draw back the curtain on kevin's 'sundowner', this record features the original four-track recordings of every track on the album in their purest form.

Friends! I am so pleased to announce A Night At The Little Los Angeles - the 4-track version of Sundowner. Recorded at home and in my back shed - aka The Little Los Angeles - in suburban Kansas during the summer and winter seasons of 2017 and 2018. This is quite simply the sound of me alone in a room with a four-track to catch my songs as they fell out of my mouth. When I later went into a proper studio to make Sundowner my goal was to capture the essence of these initial recordings, and here you will now have access to the very essence I was chasing. In many ways, this feels like a proper album to me, as it’s my initial attempt to capture the Kansas sunset and put it into sound, where as Sundower was an attempt of an attempt. I love and am proud of them both, of course, but am happy to - for the first time - share this vulnerable side of my songwriting process with the public. Many of my favorite recordings have been made inside of an artist’s home without regard of the outside world, but instead deep in their own world that they’re creating in real time. And with that - I’d like to invite you into my own little world here and now and ask you to please....step inside of....and spend A Night At The Little Los Angeles! - Kevin Morby 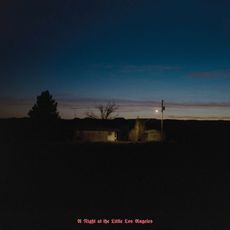