The box will feature Mark Knopfler’s first five studio albums as a solo artist – Golden Heart (1996), Sailing To Philadelphia (2000), The Ragpicker’s Dream (2002), Shangri-La (2004), and Kill To Get Crimson (2007) – plus an exclusive bonus disc of studio b-sides from this period entitled Gravy Train: The B-Sides 1996-2007. This is the first time Golden Heart, Sailing To Philadelphia and Gravy Train: The B-Sides 1996-2007 have been released on vinyl. The audio of each album has been newly remastered by Miles Showell at Abbey Road Studios in London. 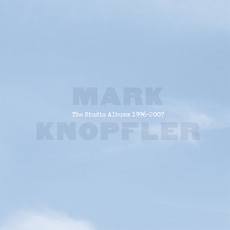