Do You Think I’m Special?


Forming at a Bristol club night in 2019 with a collective appreciation for all things shoegaze, DAMEFRISØR bring bags of driving rhythms and swirling guitars.

They are Kazhi Jahfar (Vocals) Nyle Dowd (Drums) Garin Curtis (Guitar) Jamie Brown (Guitar) and Sam Nobbs (Synth). Taking the typical band route, they spent their time in garages finding a sound, until they outgrew that space and headed to the studio. With only a handful of shows under their belts the band enlisted Bristol producer Dom Mitchsion (Spectres, LICE, Heavy Lungs) to record their first singles 'Huile' plus 'And You Know'. Taking influence from their admiration for Kevin Shield's wallof-sound and the dark undertones of post-punk, 'Huile' gave an indication of what was to come from the band. Following a few months later with 'And You Know' which gained plaudits from So Young Magazine, DIY, Hard of Hearing and more. The track became a key part of the energetic, captivating live set; one that would see them invited to perform with the likes of Talk Show, ALASKALASKA and Bull. 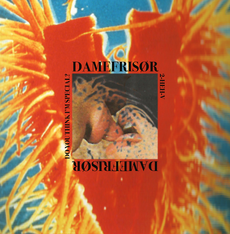