tonight the streets are ours (music box edition)


The lead Single from the award winning Sheffield Singer-Songwriter’s 5th studio album ‘Lady's Bridge’, 'Tonight The Streets Are Ours' quickly became a fan-favourite and is still a highlight of his critically lauded live shows to this date.

Released in 2007, the song went on to gain worldwide recognition when it was featured in The Simpsons episode; "Exit Through the Kwik-E-Mart" - during a montage of a Banksy-inspired Bart painting graffiti all over Springfield! 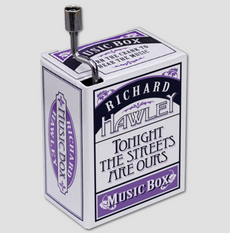