How Is It That I Should Look At The Stars


we simply cannot get enough of tamara lindeman’s luxurious marriage of radiant folk melodies, speckled with the tenderest jazzy flourishes; at once timeless yet like nothing else we’ve heard before.

an introspective record of songs which were written alongside those that appeared on Ignorance. It is intended not to be a follow up, but to be a companion piece, a piece of reflection and quiet, meant to hold stillness in the aftermath. It was recorded live, as a performance; an improvisation, with a group of Toronto jazz musicians. I imagined it as a record of ballads; simple, pure, almost naive, but speaking to many of the same realities as Ignorance does. I see the two albums as two halves of the same coin; the moon and sun, a photograph and a photonegative. made during Covid lockdown of 2020 - These songs are quieter, more subdued, than TWS' breakout success "Ignorance". This is a ballads album. One year after the release of Ignorance, The Weather Station returns with How Is It That I Should Look At The Stars. The album is intended to be heard as a companion piece to Ignorance; songs written at the same time that connect thematically and emotionally, songs that reveal the vulnerability at the heart of the body of work. Recorded live in just three days, How Is It That I Should Look At The Stars is achingly intimate; full of breath, silence, and detail. How Is It That I Should Look At The Stars was written in the same fruitful winter of songwriting that gave rise to Ignorance, but were songs that Lindeman felt were too internal, too soft to fit on the album she had envisioned. Not long after completing Ignorance, Lindeman decided to make this album on her own terms, fronting the money herself and not notifying the labels. She assembled a new band, and communicated a new ethos; the music should feel ungrounded, with space, silence, and sensitivity above all else. On this record, there are no drums, no percussion; in the absence of rhythm, time stretches and becomes elastic. Lyrically, many of the songs return to what has often been a hallmark of Lindeman’s writing; a description of a single moment and all the meaning it might encompass. And this dilation of the moment occurs musically too; as the band moves through music so ephemeral it often incorporates stretches of near silence, and breaths, single notes, and brief solos take on greater importance in the absence of other sound. Whereas the recordings on Ignorance leaned towards ambition and grandeur, here the band reaches towards a different goal; grace perhaps. How Is It That I Should Look At The Stars was recorded from March 10 - 12, 2020. When the band entered the studio, Covid-19 was a news item, not front of mind, but by the time they left, just three days later, everything had changed. Somehow, the music captures that instability; it is ungrounded and diaphanous, it floats and drifts. It is an album of immense sensitivity, a recording of a band and a person daring to reach towards softness without apology. 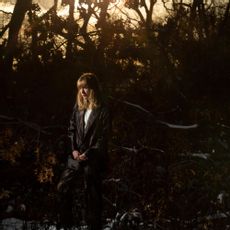