american rock band Afghan Whigs rose up around the grunge movement, evolving to incorporate more R&B and soul influences into their sound and image.

Songwriter and frontman Greg Dulli’s lyrics are filled with dark images of romantic obsession. They’re known to play with such restraint, letting musical tension build until it can do nothing other than explode. Dulli in his finest voice can move from desperate screams to a quiet sinister crooning at the turn of a chord. 1965 is the name of their sixth album originally released in 1998, it was their last album before the reunion in 2012. The album was produced by Daniel Lanois, who also worked with artists including Bob Dylan, Neil Young and Peter Gabriel. Its cover photograph shows astronaut Ed White on the first American space-walk as part of the Gemini 4 flight which took place in - you guessed it - 1965. This expanded version of 1965 includes a bonus disc featuring no less than 7 bonus tracks. 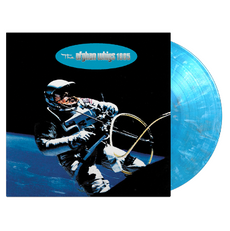