Follow us Follow us
Home  | gordon king - when does the mind-bending start? the life & times of world of twist

When Does the Mind-bending Start? The Life & Times Of World Of Twist


The incredible inside story of World of Twist, the greatest lost band of all time, as told by co-founder Gordon King.

The first definitive book on World of Twist, published in 2022 to coincide with the thirtieth anniversary of the band's split. World of Twist's reputation has continued to grow over the years and they are now widely regarded as one of the greatest lost bands of all time in the UK. 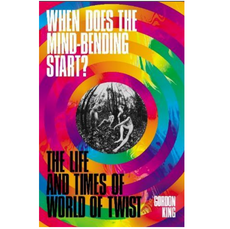