The album was recorded in the summer of 2009. The tracks include love stories, such as Illusion and Pretty, or protest for African-American civil rights, such as 1960 What? which recounts the 1967 Detroit riots. Gregory Porter also covers saxophonist Wayne Shorter's Black Nile with added lyrics. He also did an a cappella rendition of Feeling Good, made famous by Nina Simone in particular. Water was hailed by fans and critics alike, elevating Gregory Porter to the status of the next great male jazz star and marking the beginning of his successful career: “Porter aptly refers to Water as “an album of love and protest,” though love is the clear victor. From the starkly beautiful “Illusion”, a hushed ode to a lost paramour; and rapturous “Pretty”, reminiscent of “A Taste of Honey”; to the percolated joy of “Magic Cup”, Porter knows how to get to the heart of the matter." - Christopher Loudon, JazzTimes. 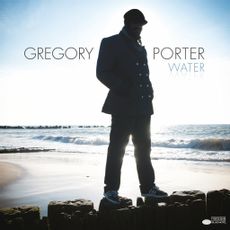