a sound somewhere beyond nostalgia, beyond the garage, beyond the fireside song and supposed goo-rock.

Modern rock 'n' roll records don't come much better than this and Thee Oh Sees are one of the best bands going. In The Red is having the finest form of any record label in many many years...and at the end of april will be releasing the new recordings from John Dwyer's combo...If you've followed the San Francisco underground for the past ten years, you might already be familiar with John Dwyer. Or-tastes depending-you might not know him at all. A friend and devotee of preeminent Providence noise rock act Lightning Bolt, the majority of Dwyer's repertoire falls on the indie spectrum's more visceral wavelengths. He was Pink in Pink and Brown, fronted Coachwhips, and played guitar in the dysfunctional Hospitals. If you're unfamiliar with or in search of a refresher, you can search YouTube for a crash course on any of these bands. Some popular tags are: "garage," "punk," and "sweat." If you like what you see, do yourself a favor and check out Dwyer's newest band, Thee Oh Sees. "Newest" because they've only been around for six albums-albeit in different incarnations, under several different names (OCS, the Oh Sees, et al.) with several different sounds. Formed in the wake of his more volatile commitments, Thee Oh Sees started as an extension of Dwyer's softer side. Their early recordings were somber and beautiful. Last year, Thee Oh Sees made an unexpected turn, delivering their wildest, weirdest, hardestrocking record yet with The Master's Bedroom Is Worth Spending A Night In. Now Thee Oh Sees have followed it with an even wilder, more hard-rocking record, Help. Recorded by Chris Woodhouse (the A-Frames, Mayyors), Help draws straight, dark lines to both the British psychedelic rock of bands like The Creation and the caveman thud of The Troggs while a Cramps-like appreciation for rockabilly lies not far below. The album weaves Dwyer's signature AM radio howl with the catchiest of driving tunes, Brigid Dawson's gorgeous harmonies, heightened fidelity, thick spring-reverbed bombast, mighty drums, and an undeniable pull. 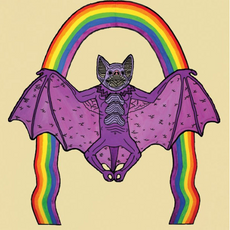