As Above, So Below


Relocating home to Zambia during the pandemic, Sampa sought to reconnect with a different side of herself, a side that is freer and closer in resemblance to the younger artistry she cultivated growing up in Africa.

This process of discovery would become the gateway to revealing her highest version of self. Choosing to collaborate with creatives Rochelle Nembhard and Imraan Christian from South Africa, As Above, So Below introduces us to a 360 Sampa, unveiling her many sides for the first time. From the funny to the serious to the sensual, As Above is Sampa outside’s self, and So Below, is the Sampa within, together uniting to reveal the most authentic version of Sampa, without a mask, or role to play. As Above, So Below is anchored by spoken word in Bemba. The record delves into Sampa’s memories of Africa, Africa’s relationship to the world and what womanhood in Africa means to the world. We are also introduced to the persona of Eve, the highest version of Sampa that speaks to all facets of her womanhood. The musical styles of As Above, So Below reflect the hybridity of Sampa’s upbringing. Raised in Botswana (a different country to her birthplace in Zambia), and then going on to attend school in different countries again, Sampa picked up varied musical influences along the way. Each style has attached itself to her own musical encyclopedia, and finds a new mode for expression throughout the record. 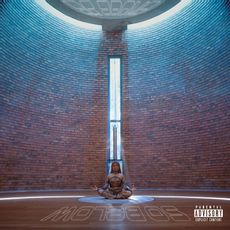