Originally released only in France in 2012, 'Apres' is being reissued for the first time and now finally available outside of France.

Since 'Preliminaires' in 2009, we know that Iggy can express himself in other ways than roaring on guitars in a shower of splinters. Only dictated by his artistic aspirations and driven by a vital need to go to the point, he recorded in 2012 eleven heartful songs under heavy French influences. With these covers of Edith Piaf's "La Vie en Rose", Serge Gainsbourg's "La Javanaise", Harry Nilsson's "Everybody's Talkin'", Henri Salvador's "Syracuse", or The Beatles' "Michelle", Iggy has nothing to prove. He simply brings another side of his personality to light. With his gut- stirring, beautiful and deep voice, Iggy Pop takes these classics, reshapes them his own way and gives us goosebumps. For this 10th anniversary reissue, Iggy Pop covered "La Belle Vie". The song was composed by Raymond Le Senechal and Sacha Distel, and co- written by Jean- Broussolle and Jack Reardon in 1962. It became a jazz standard in 1963 when Tony Bennett recorded it under the title "The Good Life". Has Iggy Pop buried the hatchet? Nothing is less certain. The elegance of the arrangements takes the songs directly to what matters with a conviction more dangerous than any weapon! 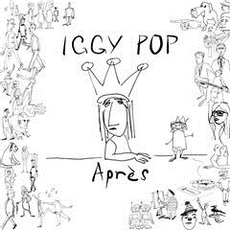