From Girl Power to Girls Aloud (and all the glorious points in between), the definitive study of British pop music at the turn of the millennium, told by everyone who was there.

Using the arrival of the Spice Girls as a jumping-off point, this fascinating new narrative will explore, celebrate and contextualise the thus-far-uncharted period of British pop that flourished between 1996 and 2006. A double-denim-loving time before the glare of social media and the accession of streaming, it was the era in which we embraced Cool Britannia, tiptoed into a new millennium, and unleashed the full force of reality TV and talent shows across the world. Throughout all these cultural shifts, the bastions of '00s pop - armed with buoyant, immaculately crafted, carefree anthems - provided entertainment, escapism and fun for millions. It was a heady, chorus-heavy decade - populated by the likes of Steps, S Club 7, Blue, 5ive, Mis-Teeq, Hear'Say, Billie Piper, All Saints, Busted, Girls Aloud, Will Young, McFly, B*Witched, Craig David and Atomic Kitten, among countless others - yet the music was often dismissed as inauthentic, juvenile, not 'worthy' enough: ultimately, a 'guilty pleasure'. Now, music writer Michael Cragg aims to redress that balance. Using the oralhistory format, Cragg goes beneath the surface of the bubblegum exterior, speaking to some of the key players about the reality of their experiences. What did they think about the music? The videos? The hairstyles? The fans? The label? The rivalry? Did they feel like their success would ever end? Did they feel trapped? Compiled from interviews with popstars, songwriters, producers, choreographers, magazine editors, record-company executives, TV moguls and more, this is a complete behind-the-scenes history of the last great movement in British pop - a technicolour turning-point ripe for re-evaluation, documented here in astonishing, honest and eye-opening detail. 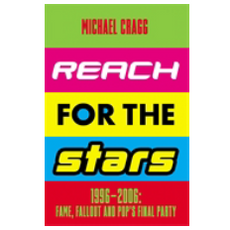